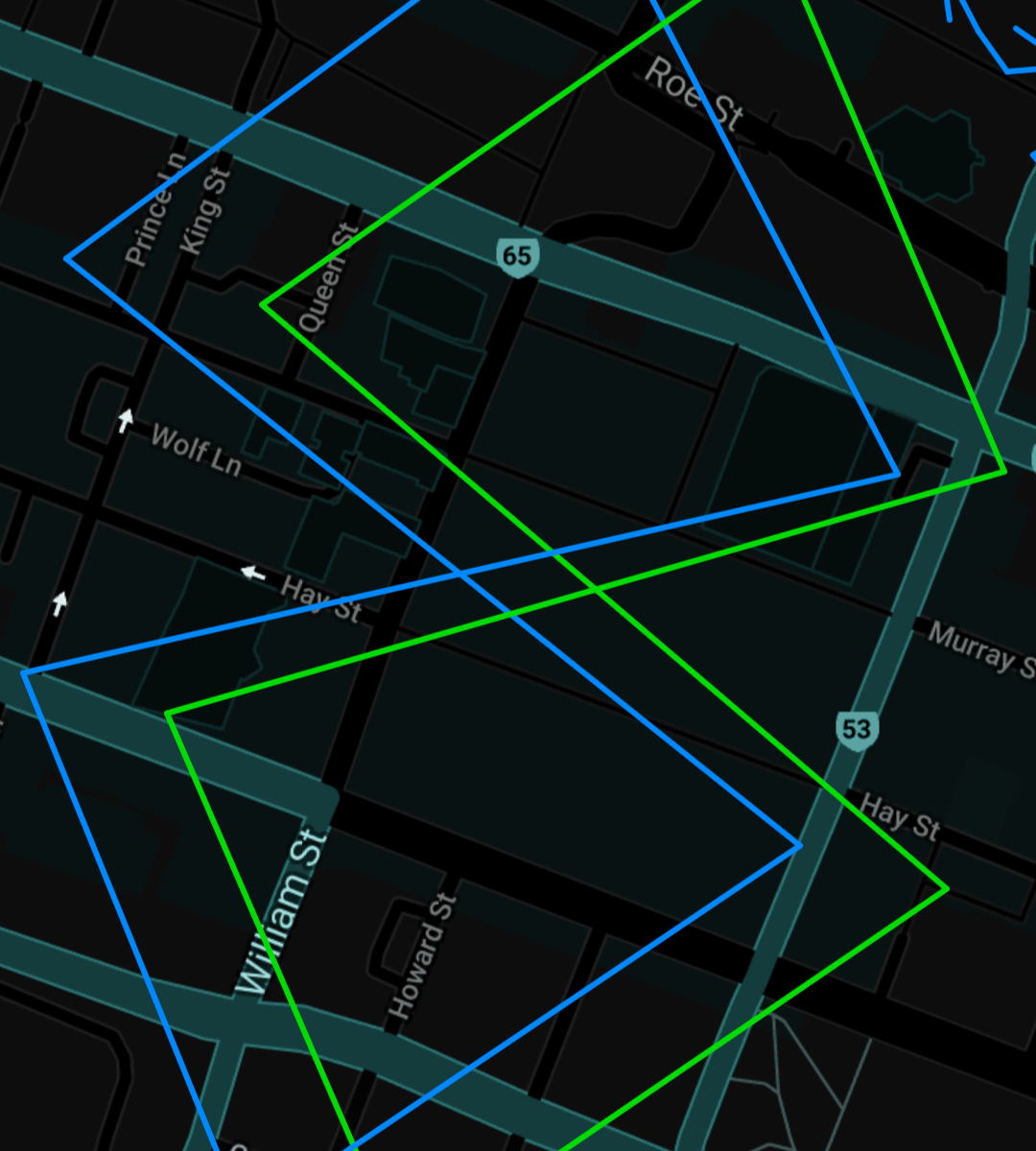 The plan we cooked up would paint two large “Harmony” glyphs, one in green, one in blue, over the city centre.  The glyphs would overlap, requiring four simultaneous mutually crossing links!

Many many keys for the main link targets were collected, since we had no idea how difficult it would be to make four simultaneous links. We also had a backup plan involving crossed links that would only be made in pairs.

We picked Saturday, 8 December, 2018 as the date, and started rolling into the city for a 3pm rendezvous. We smashed, we captured anchors, we were ready for our first crossed links….

It turned we didn’t need our backup plan at all – making multiple crossed links seems to be much easier than we expected!

On our very first attempt, three of the four links went through:

Then, on only our second attempt, we succeeded in making the core of Harmony in the City!

An Intel log dump showed the four links made at the same time:

We were quite amazed and exhilarated that we achieved success so quickly. Perhaps multiple crossing links is far easier than we thought.

After that, we quickly completed the rest of the artwork!

Since the operation took place over two hours in the middle of the city centre, there were multiple occasions when other players popped up on Intel and on the Scanner. We reached out to them, asking them to stop, explaining that we were making some cross-faction artwork. Every one we approached agreed to hold up, despite the ongoing double AP event.

You know who you are, we truly appreciate it. Thank you!

Congratulations to all the agents involved in the operation:

One Reply to “Harmony in the City”