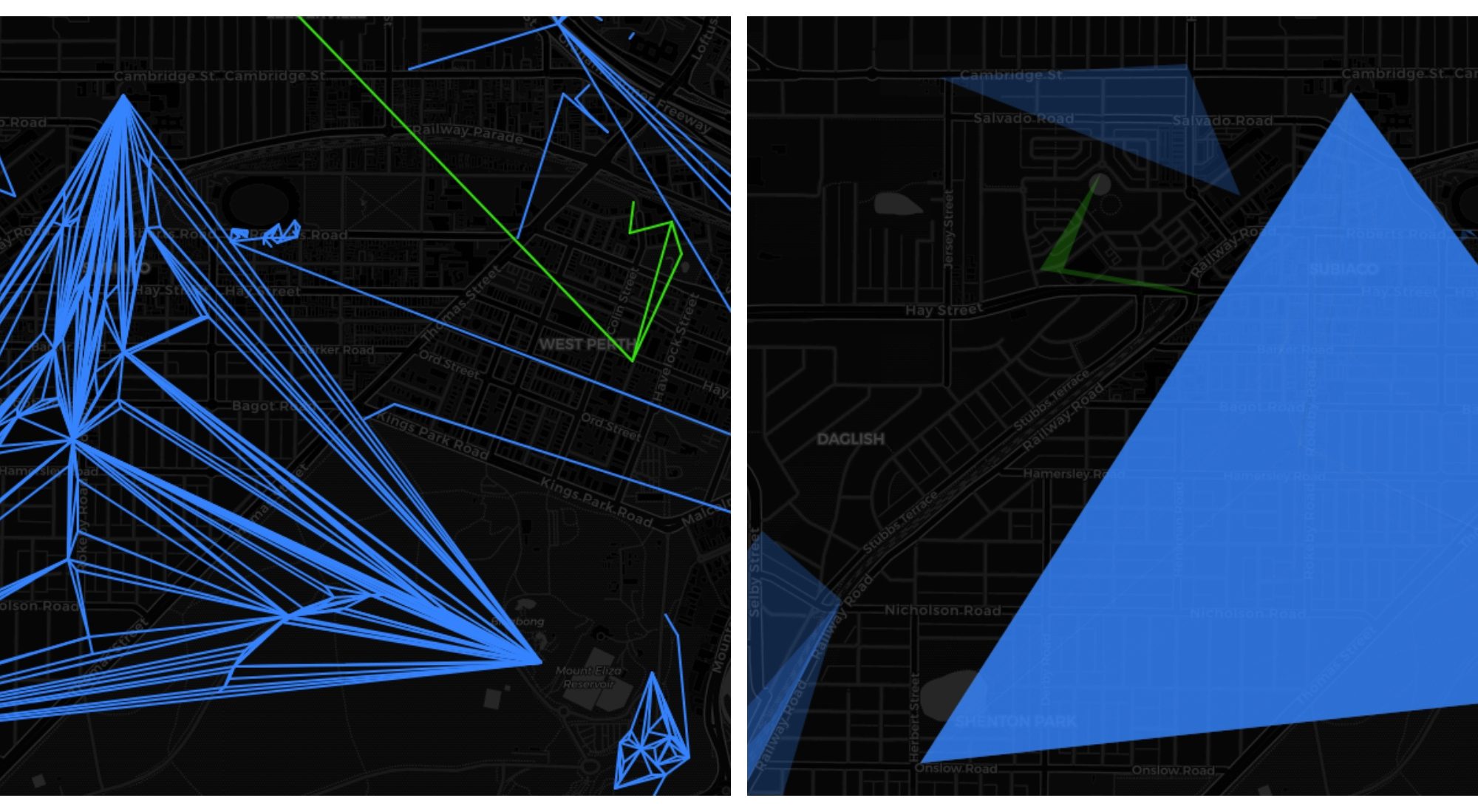 A six-layer homogeneous field, or H6, is an incredibly intricate arrangement of 364 fields, 366 links on 124 portals, with a uniform six layers throughout the whole area.

Only a handful have ever been done “solo” – and even then, assistance is always required, since there is no way to make an H6 without at least three softbanks placed on the final portal – and a solo Ingress agent can only place two.

Except, of course, during the 5th and 6th anniversay celebrations of the game, when for a brief period, we were able to deploy four mods on a portal.

Wondering if this would be repeated during the 7th year celebrations, I hatched a plan to make the world’s first “true solo” six-layer field.

Read on, or watch the video here:

And so began a long period of collecting keys, testing the plan, abandoning the first version in favour of a completely new plan, and collecting more keys. Then, at last, November was upon us, and Niantic announced how the rules would change during the week beginning November 16th, 2019.

As it happened, we were still only able to place two mods per portal. Not to let a good plan go to waste, I enlisted the help of agent @ekg, who placed a single Softbank on a particular portal on the day before I was ready to make the fields.

On Sunday, at 2:30am, my alarm rang. I’d already been awake for a minute. By 3:20am, I was at the first portal of my plan. I hacked it to obtain a key, then proceeded to destroy blockers. Fortunately, there were not many, and so by 3:53am, the first link of the six-layer field went in. The sky in the east was no longer black, but a dim shade of blue.

I made good time in the cool morning air, enjoying the sunrise and quiet. By 5:55am, I had completed a five-layer field, though the plan was less than half complete, it felt like I was on the home stretch. I’d be zigzagging across the apex of the triangle, in the very portal dense main shopping area of the suburb of Subiaco.

I arrived at the last portal, and made the final links at 7:53. And then, looking through the remaining keys in my inventory, I realised disaster had struck. There was a key there that I should have already used up.

I had missed one link out of the 366 planned.

I would have to Jarvis away the 32 links and 63 fields I’d just made, identify and fix my mistake, hack new keys to replace many of the ones I’d just used, and then use an Ada to restore the top portal (and preserve the three Softbanks), then once again make all the links and fields I had just destroyed.

I would have to do all this before agents started out on Sunday morning to take advantage of all that sweet, sweet double AP. Especially the large amounts of relatively unprotected, heavily fielded blue portals I had conveniently created.

After two false starts, I finally diagnosed and fixed the mistake, using up my very last Jarvis virus. There was no more room for error. I collected the final keys, made my way to the southeast anchor to close the large field, then finally back to the north anchor once more to make the remaining needed links.

By 9:55am on the 17th of November, 2019, two hours after I discovered my mistake and 6 hours after the first link had been made, I finally tasted success! The solo six-layer homogeneous field was complete!

The field was still standing until the next morning. It survived 21 hours and 25 minutes before the southwest anchor was destroyed.

One Reply to “Operation Solo H6”